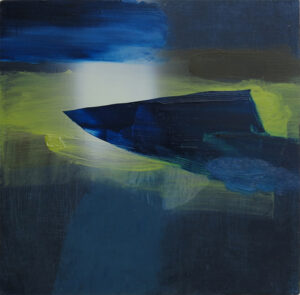 This is my latest body of work. Text to be published when the work is exhibited. 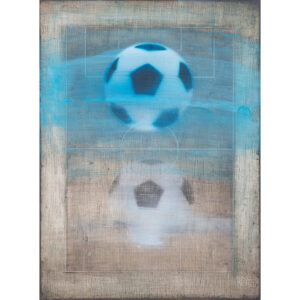 This body of work examines damaged masculine energy and a path to healing and wholeness with particular reference to the South African context.

South Africa is a country beset by violence and the vast majority of that violence is committed by men. Carl Jung’s theory that the male has anima (female) tendencies in his psyche and a female has animus (male) tendencies in her psyche. When the anima (female) is allowed to express herself through a man’s psyche, she brings attributes of tenderness, friendship, compassion, and love. I considered then that when men commit violence it must be an expression of a deeply unbalanced and damage psyche.

This work draws on both Western thought and Eastern philosophy. Carl Jung said, ‘Our psyche is set up in accord with the structure of the universe, and what happens in the macrocosm likewise happens in the infinitesimal and most subjective reaches of the psyche.’’ -C. G. Jung. Likewise Yogic (Indian) philosophy, states that reality is composed of both masculine and feminine qualities, Shiva and Shakti as well as Chinese philosophy, with the yin/yang principle. I’m interested that a balance between masculine and feminine is needed in both the microcosm (individual) and the macrocosm (universal) for wholeness.

There are three particular iconographies used in these works. Images of soccer, the rider and the tree. Soccer (football), being the most populist sport in South Africa, is a sport, in which a healthy form of masculine energy can be expressed. Soccer is a sport where there is a balance between both animus (male) and anima (female) traits. One needs to be competitive, assertive, at times analytical in thought, show strength, vitality, decisiveness, a focused attentiveness, and a desire for achievement, all animus (male) traits in a healthy psyche. The anima (female) traits are also needed, co-operation, commitment, imagination and creativity.

The football pitch is a metaphor for Buddhist Mandalas and used as a representation of the universe. The place where the ‘game of life’ is played. The work also examines the theory of ‘Karma’. The rider/horse relates to vitality, health and sexuality and the tree relates to the ‘Tree of life’. The ‘Tree of Life’ represents the self, in an eternal drive to wholeness, an integration of both masculine and feminine principles in the individual self. 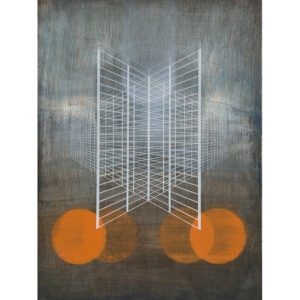 Light, virtual and other realities

A recurring theme in my work is using the house as a symbol for self (Carl Jung, dream analysis). In these works I have taken the house symbol from computer 3D modelling. In 3D computer modelling, an object is first built using “wire frame” which is a digital skeleton of the object. Then the outer skin or surface of the object is rendered to complete the object. In these works I wanted to create the impression of moving inward and the solidity of the house dropping away. A reference to the process of inner contemplation (meditation). I have therefore reduced the house down to, two basic walls in wire frame and then bent them inward.

I’m interested in the fact that we live so much of our lives in a virtual world – internet, email and computer games. In computer games we enter a virtual world. We are playing in a virtual world but at the same time existing in the “real world”. We are existing in two “separate realities” at once. If we can understand that concept then we can perhaps begin to grasp the concept which a number of Eastern spiritual tradition express that this reality is an illusion “Maya”. That we exist in what some terms the “ultimate reality” and the Maya simultaneously. That due to us only being able to experience our reality with our five senses we are unable to see through this illusion.

There are also references to light and circles in this work. In the early 20th century physicists proved that light could be both a wave and a particle simultaneously. Circles can be seen as references to the atom and charkas. Chakra is a Sanskrit word that translates as wheel or turning disc. Chakra is a concept referring to wheel-like vortices which, according to traditional Indian medicine are believed to exist in the surface of the spiritual body of a human being. There are meant to be seven major chakras, each with a different colour. The activation and purification of these energy centre is said to develop the ability to see through the ‘veil’ of Maya or illusion. What is ‘true’ is revealed. 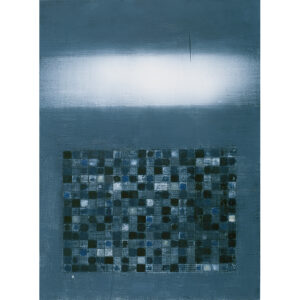 Adytum: A secret chamber or place of retirement in the ancient temples, the most sacred spot; the innermost sanctuary or shrine, from this place the oracles were given.

This body of work investigates the Self. It looks at the process of looking into oneself. It examines the meditative and contemplative modality as a vehicle to access the self, drawing on contemporary South African urban imagery as metaphors. The works look at the difficult process of trying to still the mind and create an inner space free of the endless distractions, noise, confusion, anxiety and addiction to excitement of contemporary urban life. It investigates an alternative paradigm than to one fixated on the external.

The work utilizes the house (building) as a metaphor for self (Jungian dream analysis). As starting points for the work the artist drew on the houses and buildings (walls, windows, doors and tiled sections of shop fronts), around his studio in Woodstock, Cape Town. The work draws parallels between the mind ruled by the personal self (ego), beset with desires, anxieties, hurts and jealousies and the seeming chaos of contemporary urban life in South Africa. It questions what occurs when the mind is stilled and stops interpreting the world and rests. The work draws on Trans-personal psychology theory and examines the possibly of an individual consciousness (soul) and this individual consciousness being part of a larger whole. The work also looks at what occurs in the psychology of the individual in a meditative state and how, with the stilling of the mind, painful, suppressed memories begin to surface, therefore the work is also concerned with personal liberation. Of bringing what is hidden and suppressed into one’s awareness (light). 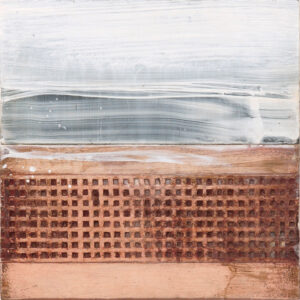 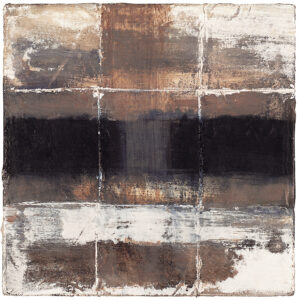